Around the world in eighty comics: Serbia 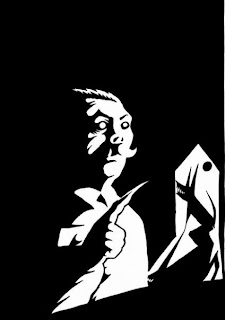 Born in 1963 Serbian underground comic artist Danilo Milosev (a.k.a 'Wostok') comes across as much more experimental both visually and narratively than his perhaps better known contemporary Aleksandar Zograf (the author of Regards from Serbia, a picture postcard/diary/personal reportage of the war in Serbia). Visually he never stays in one place for long, skipping between crude primitive scrawls (which he classes as 'constructive dilentasism'), garish colours and surreal yet cute imagery, noir/50's horror leanings, and a use of collage that reminds me of The Situationist Internationals hijacking of popular comic books for political means. 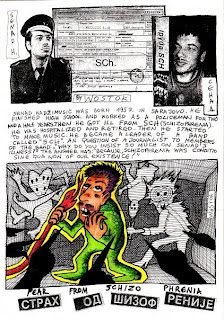 I first came across Milosev via Facebook when I received a group invitation from the Croatian comics publication Komikaze Comics where he has had a lot of his work published, and who have also done work based on his comic scripts.

His involvement with the Serbian scene is pretty well established and he is a regular contributor and editor of the exceptional comic magazine 'Pantagonija' and has produced up to 460 issues of his own personal zine 'Krpelj' ('The Tick') which features work from other comic artists as well as collages, (anti)literary works, photographs, and illustrations. 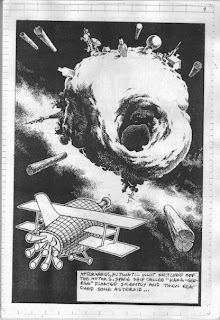 He also has a close creative relationship with writer and fellow townsman Nabor Devolac who writes the stories behind a lot of his comics. These collaborations are amongst my favourite of Wostok's comics that I have seen, especially the cartoonist jam session he did that resulted in 'The man from the well' which can be seen in its entirety on Milosev's Facebook profile. He has even been featured in famous critic and theoretician Ranko Munitic's new book 'The Ninth Artform, Comics'

Being a bit of an armchair activist I often take the romanticised view that countries/cultures that are 'impoverished' or have been oppressed in some way, produce better, more meaningful and therefore political valid) art (*1), and it seems to me that you can't escape the political in Wostok's work (even when the content of the story isn't overtly political). His bio gives as the general theme of his comics as "a subversive take on the suffocation of mans creativity by authority, mass media and political manipulation".His drawings posses an almost juvenile anarchistic energy which reminds me slightly of Peter Kuper's stencil work, only a little less obvious and a little less restrained (Peter Kuper's political slogans/editorial work can be the equivalent of Banksy in terms of the obviousness of the message they put across, and Milosev seems a little less afraid to show something that might turn your stomach to think about). Wostock presents a twisted world of 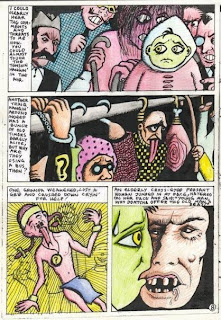 mass media icons (mainly Disney characters and comic book heroes) acting in ways outside of their usual comfort zone, or as being past their prime or uncomfortably grotesque (in his strip 'Balkan express' we meet Popeye, Tarzan, and Spiderman, all missing vital limbs). However it is the recurring appearance of certain characters of his own creation that dig at the depths of the Serbian national character that are in my opinion, more interesting and unique. 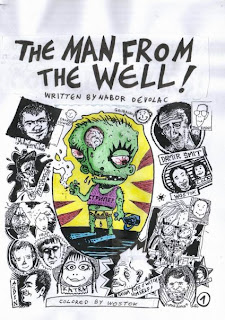 Of course the question of what difference these drawings could possibly make politically springs to mind, and as always there is a danger of preaching to the converted because despite the power of 'silly little cartoons' to cause outrage, police action, even death (I'll come to this later on in the blog), I'm not sure a cartoon has ever changed policy or caused a massive shift in the political consciousness (please someone tell me if I'm wrong).

As well as comics Milosev also makes films and music and writes scripts for other comic artists. 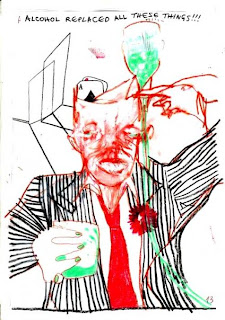 (*1) although having said this, my experience with art made under harsh political conditions has generally confirmed this view-take for example the animation of Russian greats Fyodor Khitruk and Andrey Khrzhanovskiy which are not only stunning pieces of art, but subtle political fables about bureaucracy and the suffocating presence of the state.
Posted by Godfrey at 10:44

Labels: around the world in eighty comics, Serbia